The Ronald Reagan Presidential Library is the presidential library and final resting place of Ronald Wilson Reagan, the 40th President of the United States, and his wife Nancy Reagan.

The library is located in Simi Valley, California.The Reagan Library is the largest of the 13 federally operated presidential libraries. The street address, 40 Presidential Drive, is numbered in honor of Reagan’s place as the 40th President of the United States.

The library was very big and takes a long time to see it all. Some of the displays that I saw at the library included a piece of the Berlin wall, the Vatican Splendors display, and the final resting place of Ronald and Nancy Reagan. 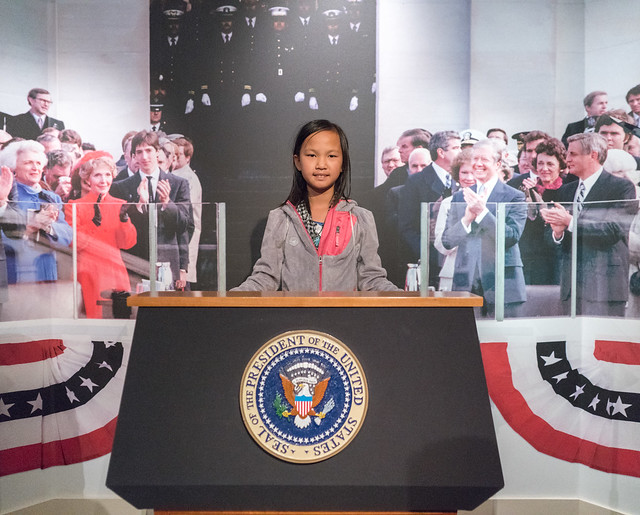 My Arm Can do a 360 Twist!
My Trip to Imaginology